The Story of creativity and courage which created KAINO

Niina was keen on drawing, crafts and sewing already as a child. Being interested in fashion and dressing, she sewed clothes for her Barbie dolls, later also for herself and her children. At the age of ten she made even pair of high heel shoes, as her mother didn’t agree to buy her a pair yet. The heels were made of pieces of colored pencils and the shoe was crafted of cardboard, painted and patterned as she liked. Cardboard shoes were not too lasting or usable, but designing, creating and problem solving were already then characteristic of Niina. She didn’t end up being shoe designer, but a knitwear designer she became. 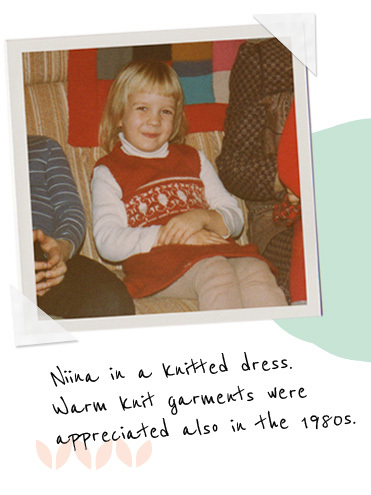 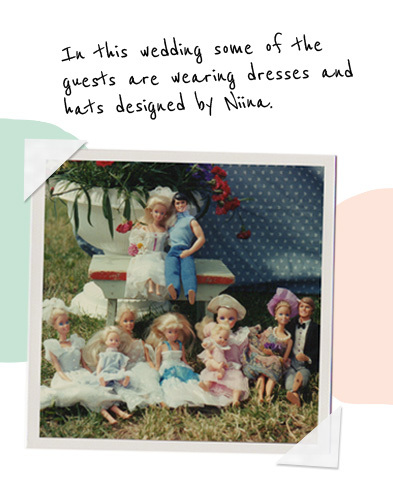 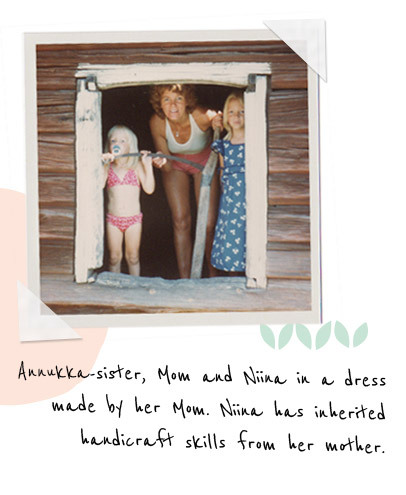 Niina worked earlier as a hairdresser in her own salon, but during the maternity leave of the third child, her handcraft hobby intensified. She designed and sewed baby carriers and cloth diapers for her own baby and also for some others. At the end of the maternity leave, she was already planning to return back to her hairdresser work, when she spotted out a notice of the knitting machines being sold in a local newspaper. The seller was the local long-term knitting company and its owners -Köyliön Neule -  whose work and high quality knitwear Niina had admired and used with her children. Standing for the first time in front of those knitting machines together with her business partner at that time, she suddenly knew that she would not return to her old career. She was just full of visualization all the countless possibilities she could be able to have with these machines. This brave jump to unknown world of knitwear and Finnish textile industry was the beginning of KAINO, which was opened in summer 2010.

First KAINO started to knit a collection for kids, but even from the very first days the enthusiasm for women’s multi-functional and colorful knitwear was obvious. Thus, the main focus of the company has been in women’s knitwear: in dresses, tunics, leggings, sweaters and cardigans. Nowadays the collections includes also other products like men’s knitwear and large variety of accessories, even knitted face cleaning pads and variable collection of other products. New and much hoped addition to KAINO product range has been a knitted fabric. Now also KAINO’s sewing customers have the possibility to enjoy these high quality fabrics with beloved patterns.

Kaino has grown bigger from year to year. The first dressmaker was hired in 2011 and today KAINO employs four permanent employees and couple of seasonal busy assistants in the production in addition to Niina. Niina’s sister Annukka has also been involved from the beginning, she has her own marketing company, which works for KAINO. KAINO is currently selling knitwears in online store, in Köyliö factory store and in numerous shops of retailer all around Finland.

KAINO is recognized by its nature-inspired patterns, but also by versatile collections. KAINO knitwears are a playground for colours, patterns with animal or floral figures, but also for reduced and restrained graphic patterns or plain knitwear. What is common to all KAINO knitwear is a high quality and multi-functionality, as well as durable, ecological and ethic materials. KAINO's recognizable knitwear has not only a story – but also a message, which tells the story of sustainability and Finnishness, both in patterns and loops. See photos of KAINO-products from the past on Pinterest. 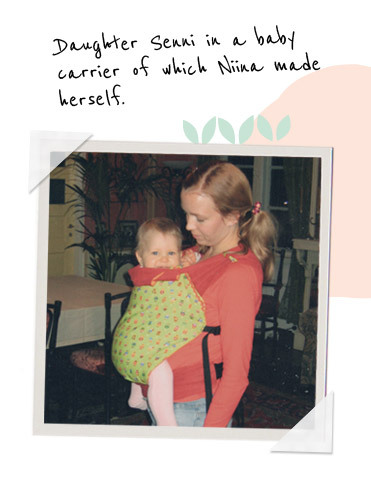 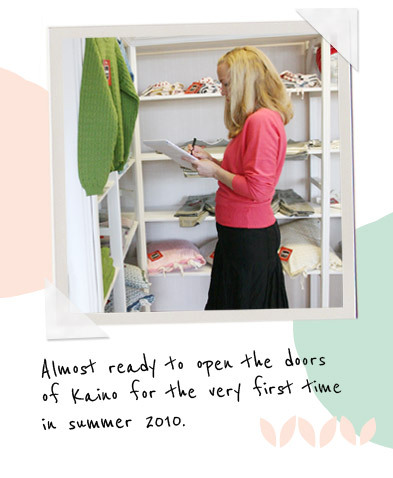 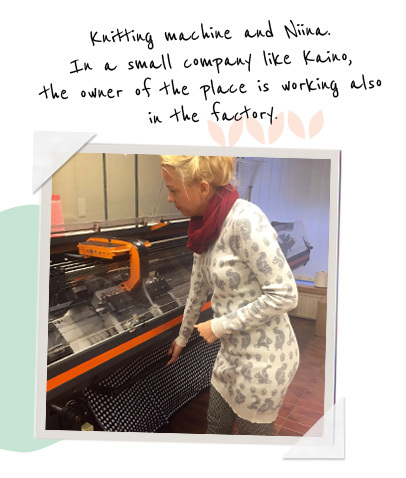